Why Is Russia Attacking Ukraine 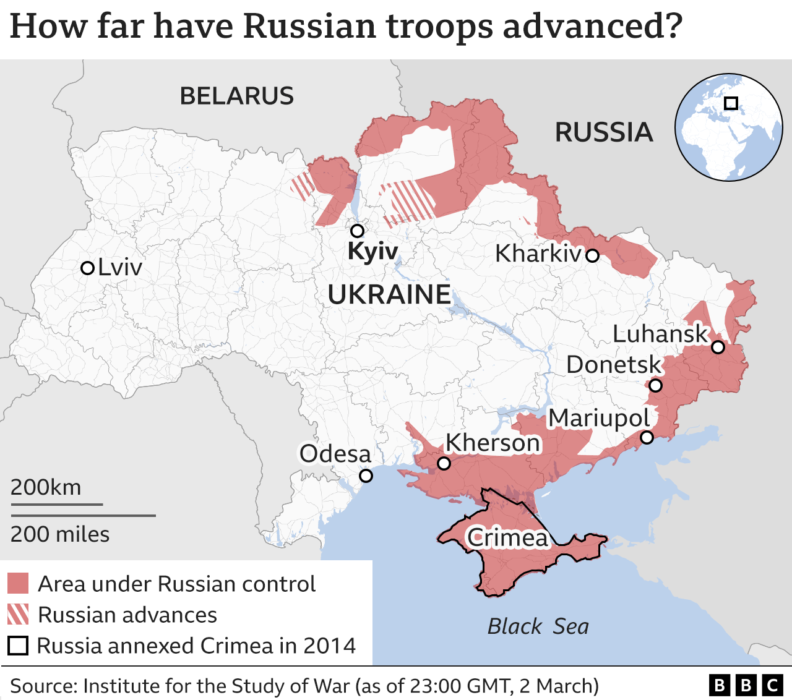 Why is Russia attacking Ukraine? The million-dollar question everyone is asking of late. Funny though, there seem to be a million reasons for this single question. You are left wondering which one of them is true.

After the Soviet Union collapsed, NATO expanded eastward, eventually taking in most of the European nations that had been in the Communist sphere. The Baltic republics of Lithuania, Latvia, and Estonia, once parts of the Soviet Union, joined NATO, as did Poland, Romania, and others.

As a result, NATO moved hundreds of miles closer to Moscow, directly bordering Russia. And in 2008, it stated that it planned — someday — to enroll Ukraine, though that is still seen as a far-off prospect.

Mr. Putin has described the Soviet disintegration as a catastrophe that robbed Russia of its rightful place among the world’s great powers and put it at the mercy of a predatory West. He has spent his 22 years in power rebuilding Russia’s military and reasserting its geopolitical clout.

The Russian president calls NATO’s expansion menacing, and the prospect of Ukraine joining it a major threat to his country. As Russia has grown more assertive and stronger militarily, his complaints about NATO have grown more strident. He has repeatedly invoked the specter of American ballistic missiles and combat forces in Ukraine, though U.S., Ukrainian, and NATO officials insist there are none.

What Does Putin Want In Attacking Ukraine

In a TV address on 24 February, President Putin declared Russia could not feel “safe, develop and exist” because of what he claimed was a constant threat from modern Ukraine.

Immediately, airports and military headquarters were attacked, then tanks and troops rolled in from Russia, Russian-annexed Crimea, and its ally Belarus. Now, warplanes have bombed major cities, and Russian forces have seized control of the key southern port city Kherson.

Putin claimed his goal was to protect people subjected to bullying and genocide and aim for the “demilitarisation and de-Nazification” of Ukraine. There has been no genocide in Ukraine: it is a vibrant democracy, led by a president who is Jewish.

“How could I be a Nazi?” said Volodymyr Zelensky, who likened Russia’s onslaught to Nazi Germany’s invasion in World War Two.

So does this answer the question why is Russia attacking Ukraine? You tell me.

When Does It End?

Well, it is clear Russia is seeking to seize the big cities and overthrow Ukraine’s democratically elected government. President Zelensky said he had been warned “the enemy has designated me as target number one; my family is target number two”.

Since the attack began, numerous economic consequences like none have ever seen have been leveled against Russia.